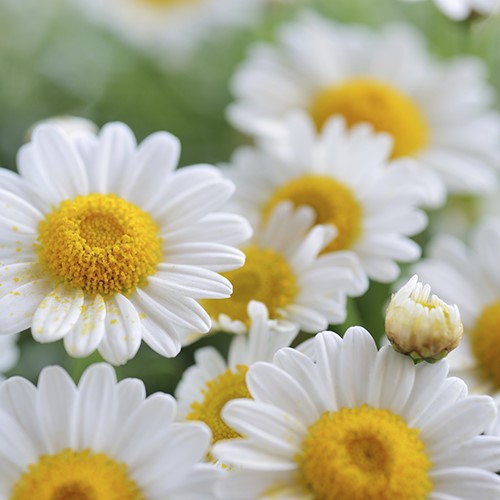 A very aromatic herbaceous plant belonging to the Composite family, originating from Europe and Northwest Asia, which grows spontaneously and abundantly throughout Italy, especially in dry, sunny places. The part of the plant used consists of the flower heads, made up of tiny white scented flowers which bloom from the end of March until September. The time of harvesting of the flower heads (known as the balsamic time) is very important to make the best possible use of their properties. They have to be picked in summer and dried in the shade, outdoors.

In Ancient Greece, this was one of the twelve sacred plants used to treat disease. It was also considered the “doctor of plants” as it encourages the good growth of the plants that grow around it. This is why gardeners plant it in clumps close to weaker plants, to help strengthen them, after which the chamomile is uprooted so that the plants learn to rely on their own strength. This is why chamomile is considered as the symbol of service and strength in the face of adversity.