Ideal in the case of combination and greasy skins, the apple is rich in vitamins, sugars, organic acids, like malic, citric and tartaric acid, pectin and mineral salts which convey an astringent and moisturising action. It stimulates the growth of keratinocytes, favouring cell turnover and improving the appearance and health of the skin. 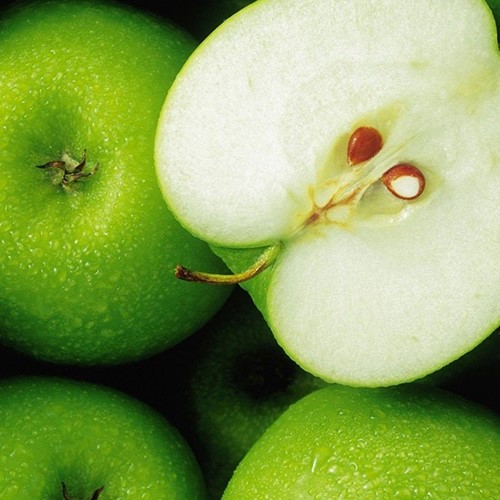 The apple tree, Pyrus malus, belongs to the Rosaceae family and is spiny in its wild state. The leaves are rounded and furry on the underside, the petals are white on the inside and pinkish on the outside: both flowers and leaves appear at the same time in April and May. The fruit is spherical and is actually a “false fruit”, botanically classified as a pome.

The apple is a symbol, subject of proverbs and reference in numerous historical and mythological situations. New York was called the “Big Apple” for the first time by Edward S. Martin in 1909, in his book The Wayfarer in New York. He compared the state of New York to an apple tree, with its roots in the Mississippi valley and the fruit – the apple – in the city of New York.

APPLE is present in these products