moisturising, toning. Skin ageing alters the synthesis and normal metabolism of aquaporin, a protein contained in keratinocytes which regulate the content of water in the cells. The skin, stripped of its water reserves, loses tonicity and looks dull and dehydrated. Pomegranate extract stimulates the synthesis of aquaporin and re-establishes the normal content of water in the cells, increasing the turgidity of the derma and improving skin tone and uniformity. 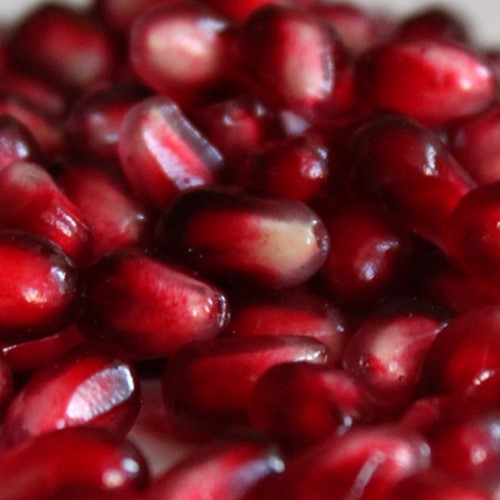 A tree belonging to the Mirtaceae family, originating from Africa. The plant has single flowers with a short petiole, a fleshy cup and a bright red colour (occasionally white), while the fruits are coriaceous rind berries in colours varying from yellow to bright red, containing a large number of edible garnet-coloured red seeds separated into small groups by a thin membrane.

Due to its numerous seeds, the fruit of the pomegranate is symbolic of fecundity, abundance and wealth. As well as being listed in the Bible among the seven special products of the “Promised Land” it is defined in Jewish symbology as a symbol of honesty and correctness.

POMEGRANATE is present in these products

Cleanser and toner 2 in 1